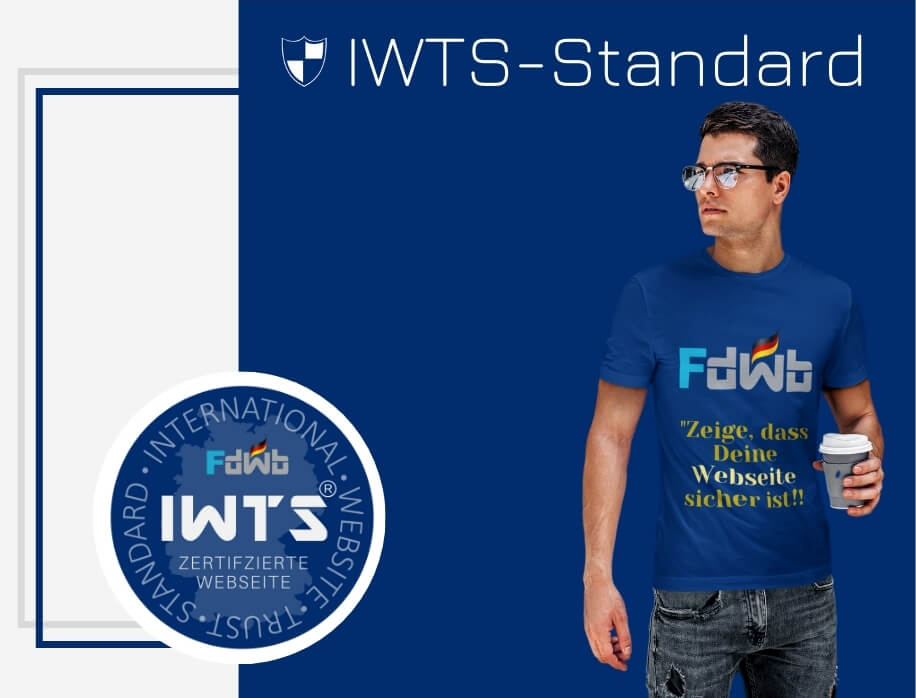 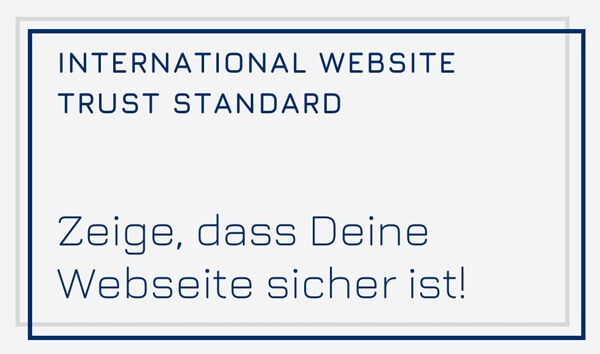 The prices for the International Website Trust Standard (IWTS) are graduated according to the size of the company and the number of pages and are identical for both the German version and the international version.
Information on pricing can be found below. 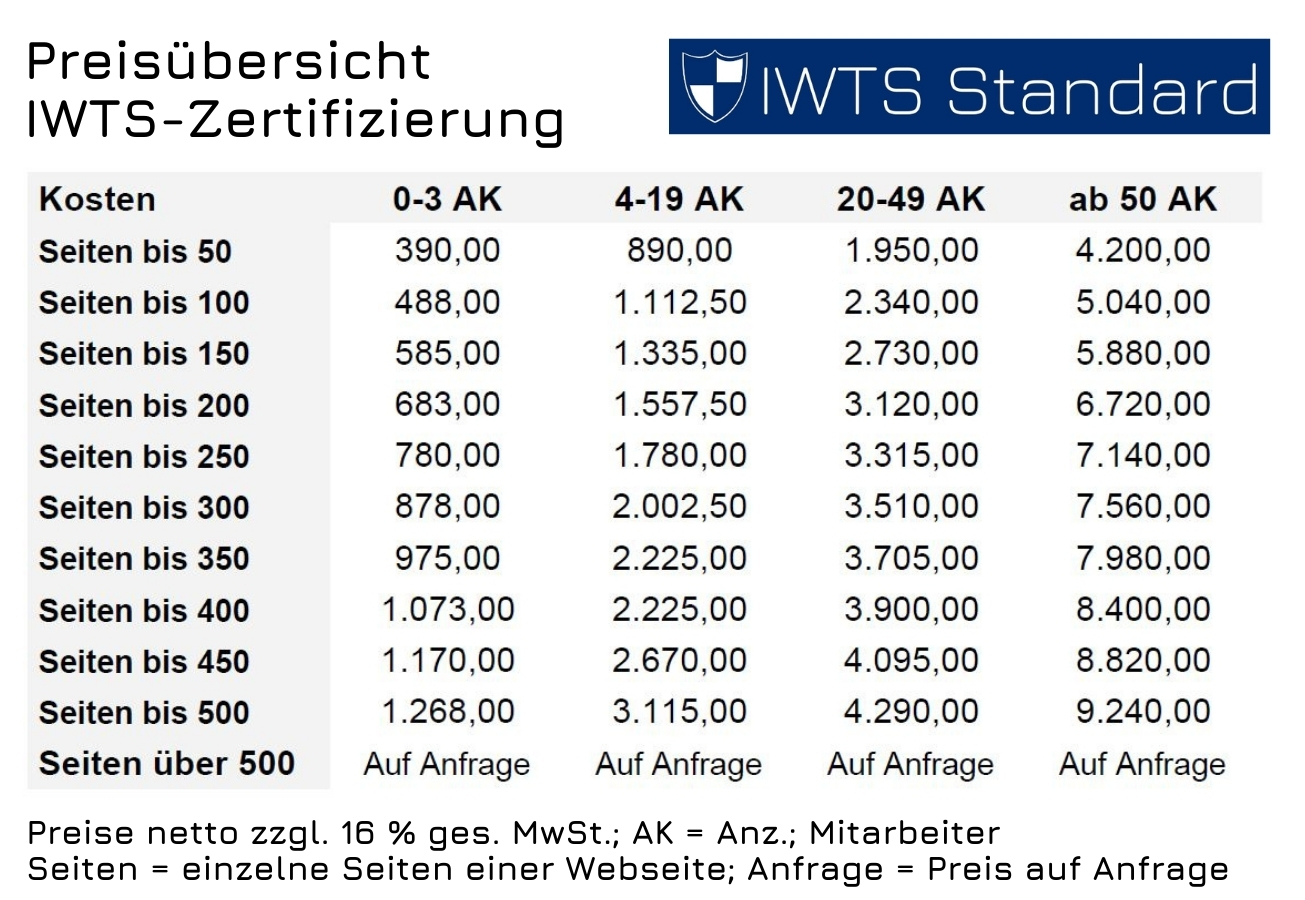 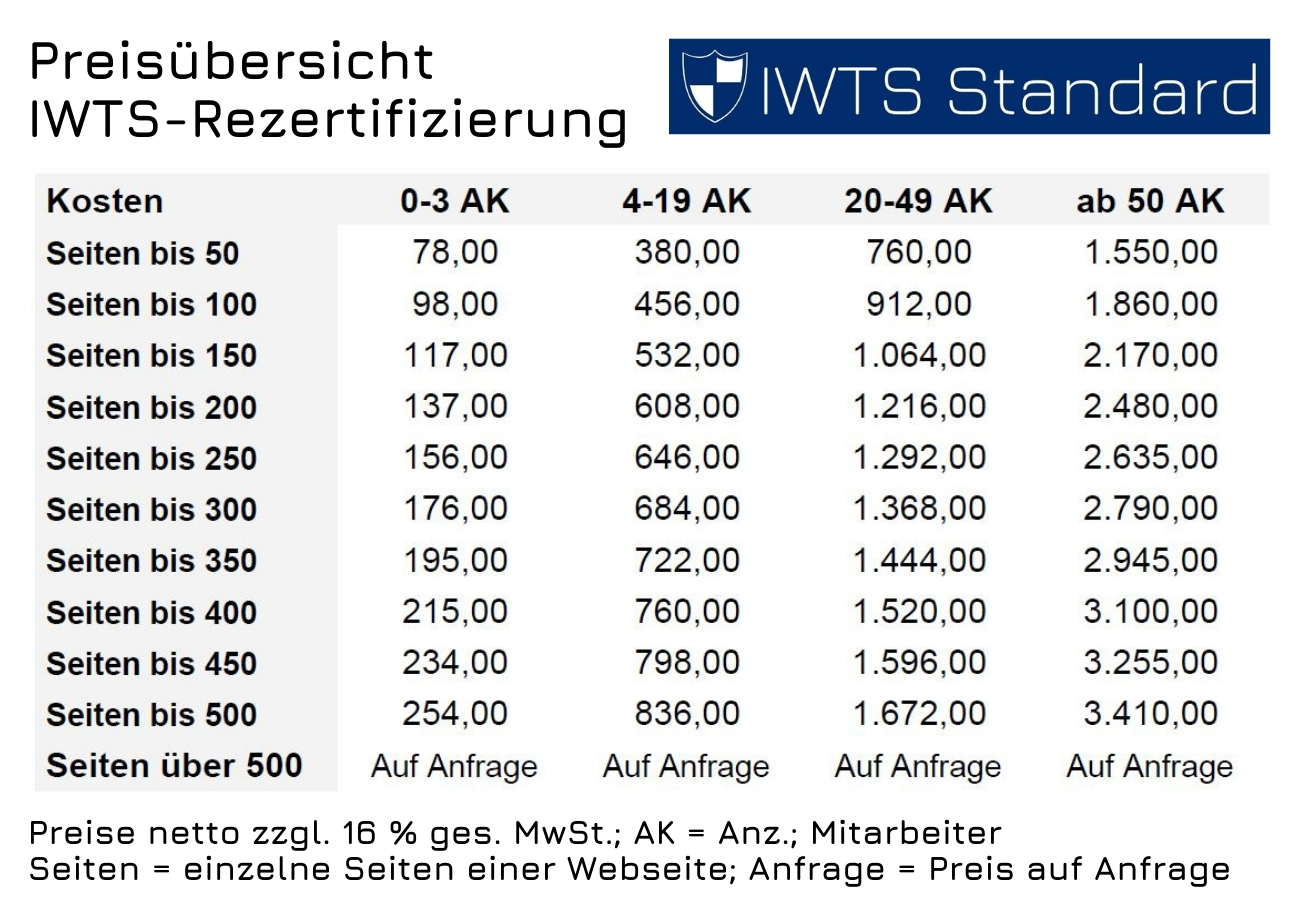 Notes on the use of certificates and certification

IWTS certificates are not exchangeable and cannot be transferred, loaned or sold. An IWTS certificate is only valid for independent companies or persons acting in business, in connection with the deposited and checked website and its domain.

Notes on the prices

Every commercial, freelance or legal person as a website operator (no natural person in the sense of an end user) should be enabled to obtain IWTS certification.

Therefore, the prices are deliberately designed in such a way that the costs are equitably oriented to effort and user size. For this reason, no standard prices are applied, because larger companies and projects also have a larger scope of inspection and therefore require more effort.

Further information on the IWTS-Standard 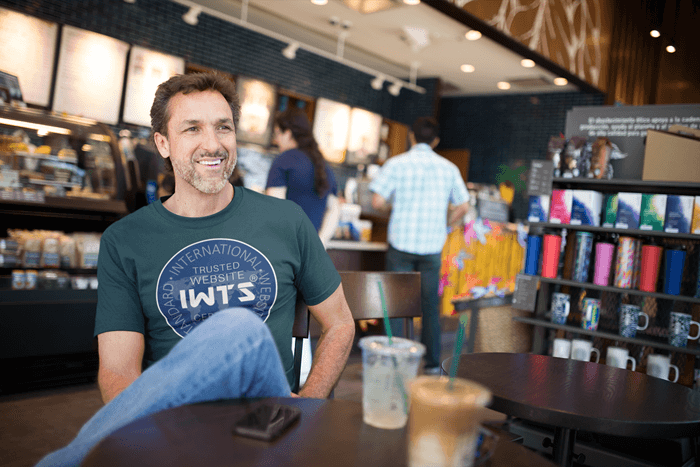 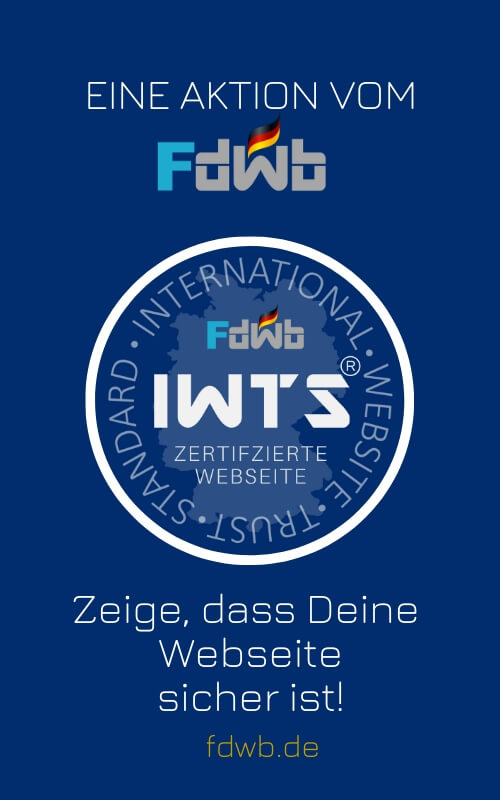 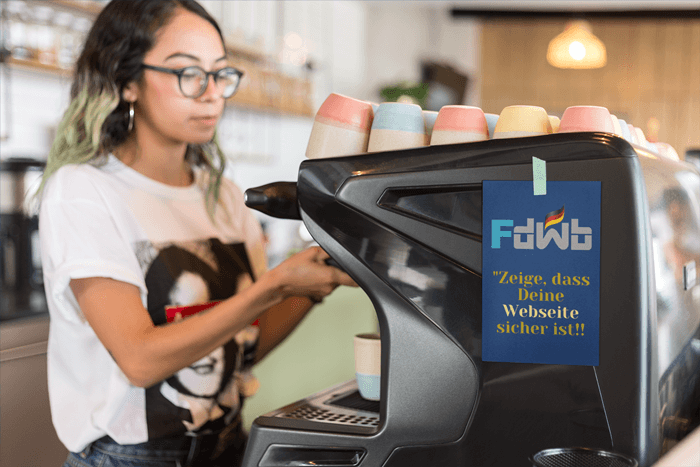 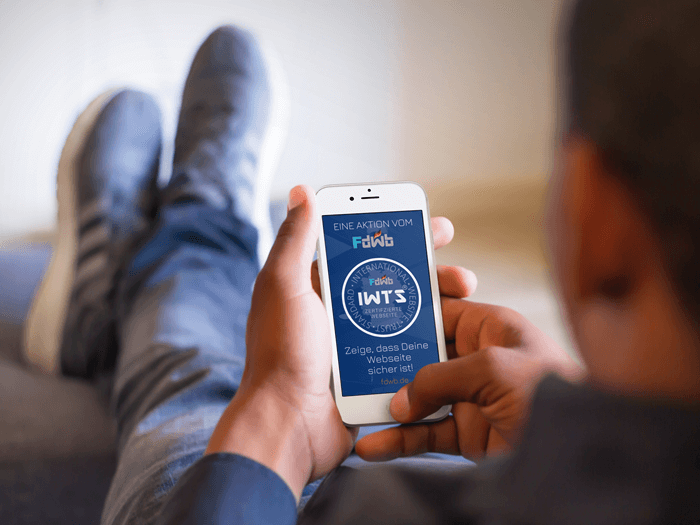